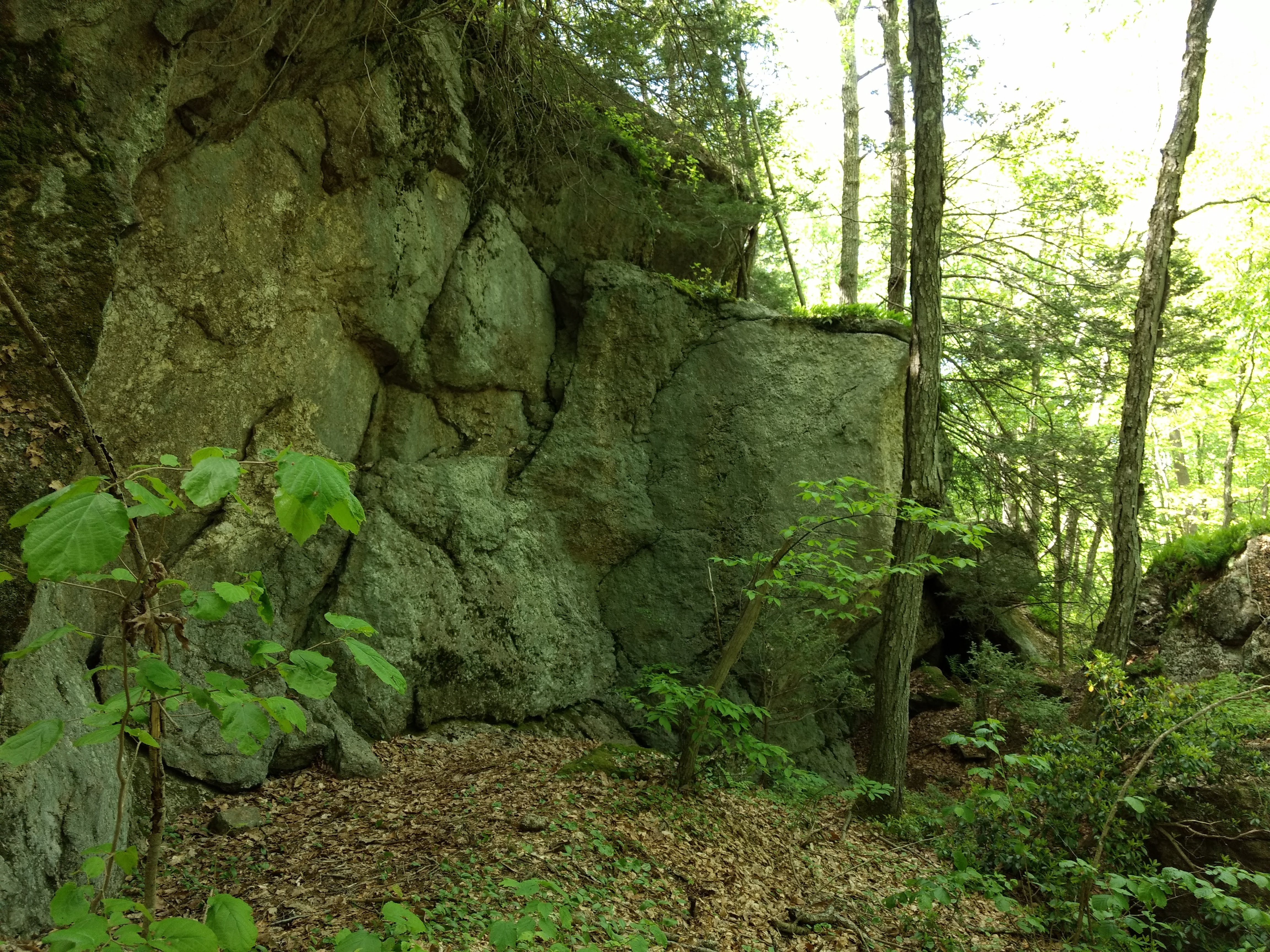 We all know that the Earth and all life on it is in danger. Even those who deny the fact that human actions have created the climate and environmental crisis threatening to overwhelm the planet recognize what is happening. With our sophisticated communication technology, we are privy to the news of catastrophic climate events that take place daily around the world, our nation, and even where we live. Powerful storms, tremendous floods, massive wildfires, extreme droughts, and deadly heatwaves have become the norm. Melting sea ice and glaciers in Greenland and Antarctica threaten coastal cities and communities worldwide as the level of the oceans rise. Forests are disappearing and desertification is spreading. Mass extinctions of plant and animal life is increasing.

It is clear the Earth is trying to get our attention yet, as most of us go about our day to day lives, it is easier to ignore the frightening warnings than think about them, let alone face them. Like many, I have felt overwhelmed and powerless as the continuing ecological and biological disasters confronting the planet rapidly unfold. A late summer hike to an ancient rock shelter used for thousands of years by the Indigenous people who once inhabited the area where I live changed that.

As a teacher, historian, archaeologist, and researcher who’s mind and interests have always dwelled in the past in order to dig deeper into how, we as a people, have been shaped by our collective past. Part of that quest has been to study and research the lifeways and beliefs of those who came before us, in this case, the Indigenous people of Southern New England. An important part of that understanding has been to learn how as a culture, they related to the environment in not just a physical manner, how they shaped and used it for example, but their spiritual connection to it and all aspects of the Living Earth.

This led me to travel back in time to the end of the Ice Age when the first human inhabitants of the region now known as Connecticut arrived; the Paleo-Indians and the subsequent Archaic and Woodland cultures that thrived for a period of 14,000 years. What made the people of those cultures, despite dramatic environmental changes, so successful? How did they relate to their environment and view their role in it? The archaeological and historical record, modern Indigenous cultures, the growing Spiritual Ecology movement, and my own studies of Indigenous cultural beliefs helped shape answers to those questions. Coupled with my understanding of Indigenous and modern shamanic practices as well as research into the how our brain shapes the way we see the world and cultures, I was able to piece together an understanding of how the Indigenous people of the past and present were and are able to relate to and consciously live as part of an interconnected world in harmony with the Living Earth.

We can return to an ancient consciousness and perspective that allowed not just Indigenous people in the past, but all of our ancestors, to live in a sustainable, respectful and interdependent manner with all life on the planet. We can begin to heal our relationship with the Earth before it is too late. There is hope and the answer is simple; the wisdom of the past can guide us towards a better future.

Indigenous people as well as all of our ancestors dating back 100,000 years or more can collectively be called Animists by anthropologists. Animism is a general belief that all things within nature, not just humans, have a life force and consciousness. This includes animals, plants, rocks, geographical features such as mountains and rivers, and  even storms. That life force or consciousness in the tradition of Western religions is identified as a soul and confined only to humans. This consciousness, according to Animism, is present but different in animals and plants than in humans and it is no less vital and alive.

For Indigenous cultures, this consciousness can be translated as spirit, but not in a Western sense. Spirit it is believed, is in everything, that everything comes from and returns to spirit, and that everything in the universe is made from spirit. Simply put, spirit is energy. Modern physics has proven that everything, including all matter is made up of energy and connected to and through a web of energy. They understand that physical matter is organized and held together by patterns of energy and these patterns are the reason everything is connected to and part of everything else through that energy web. Accordingly, although objects or things may appear to be separate they are in effect interconnected through energy since every atom that makes up everything in the universe is connected to every other atom.

Indigenous cultures, through this understanding of spirit energy, have always viewed life as an all-encompassing experience within this web of energy. This Animist understanding is not a religion but a way of life immersed in the experience of being part of the energy that makes up everything in the universe. Through that spirit energy Indigenous people live within a natural connection to all life and nature rather than regarding themselves as exclusively separate from all that exists. Key to this experience is the knowledge that they are, along with everything else on the planet, connected to and part of the Earth (Mother Earth). This has always been and still is the natural state of being for humanity. The understanding that everything is alive and conscious through spirit energy means that everything then becomes a sacred manifestation of spirit and should be acknowledged and treated with honor and respect.

This system of understanding and knowledge is not simple nature worship. It is a vehicle by which it is possible to establish a two way communication with everything in the environment  through this web of spirit energy. This communication through spiritual energy with all of nature is an ability our ancestors understood and utilized naturally as a way of expressing their reverence and gratitude for nature’s gifts as a form of reciprocity. They understood that nature and the environment held the power of life and death and thus this communication was essential for survival. Observation with one senses was key to this communication which opened our ancestors to a state of consciousness beyond an empirical understanding of reality.

Anthropologists have witnessed and studied Indigenous cultures from all corners of the Earth and have documented that they all, with little or no variation, live within this belief system despite the distances between them and complete isolation from one another. There is now little doubt that this wisdom and knowledge of the interconnectedness of every living and non-living thing through spirit energy is humanity’s oldest understanding of how the universe works. The pioneering anthropologist Michael Harner in his book The Way of the Shaman was one of the first Western anthropologists to study and research this wisdom system and its approach to the Living Earth extensively, bringing this Animist, natural world view to the United States and other Western countries. Harner and others have since identified this traditional Indigenous wisdom system as shamanic consciousness based upon its focus on spiritual energy and the ability of the practices inherent to it to connect through a state of spiritual consciousness with the rest of creation. The role of shamans in Indigenous cultures has always been to act as a vehicle of connection to the spiritual energy inherent in all aspects of creation, something that all individuals practiced and understood as a basis for all life. Harner describes this shamanic view of the Earth and everything on it as a form of spiritual ecology.

Spiritual ecology is an emerging field in religion, conservation, environmentalism, and academia that recognizes the spiritual connections related to understanding that the Earth is a living organism and the interconnections between and interdependence of all animate and non-animate forms and elements. This growing movement, spurred by the rapid destabilization of the global climate, recognizes it has been our culture’s overwhelming sense of separateness from the Earth and all creation that has caused the present ecological and climate dilemma. It seeks a reawakening in humanity before it is too late.

As humans, we perceive reality the way we do based upon the parameters of the culture we live in. That has always been the most successful way individuals function and survive within that reality. Thus what is accepted as ordinary reality is dominant within our consciousness. Hostility and prejudice against a non-scientific approach and understanding of reality has been paramount within our society. That condemnation of a consciousness based on spiritual energy and a shamanic understanding of reality implies a narrowness of consciousness that stymies a broader connection to creation and the world around us. If we are to overcome the crisis confronting us and all life on the planet, humanity must throw off our cultural blinders. We must return to an awareness and understanding that our ultimate survival depends upon our ability to embrace the Living Earth.